6 BUGS TOO APPEALING TO KILL

Not All Bugs Should Be Exterminated

Not all bugs are ‘pests’. There are some that are cute, some that bring back good memories and some that are just downright cool. Today I am going to talk about some of these guys and help us remember that not all bugs should instill fear, loathing and the desire to get rid of them. 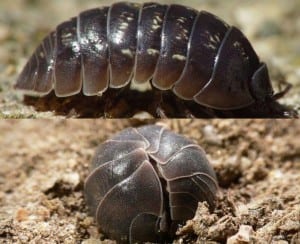 THE PILL BUG – Also known as a Rollie Pollie this small bug has an exoskeleton that allows them to roll into a ball when frightened. They are actually a type of crustacean and they breathe through gills. (who knew!) Pill Bugs like moist, dark areas and can be found under logs and rocks. I think these guys are pretty cute and resemble a miniature armadillo. 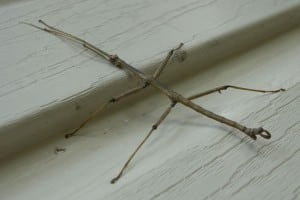 THE STICK BUG – Stick Bugs are also called Walking Stick Bugs. They get their name because they look just like a stick or twig off a branch. Stick Bugs aren’t really considered harmful unless threatened. At that time they may release a spray that can cause itching and burning. The Stick Bug is a herbivore and their appearance allows them to blend into the plant they are feeding on. Some people keep stick bugs as pets. 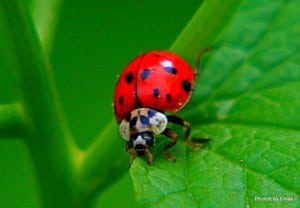 THE LADYBUG – The Ladybug makes me think of making wishes. It is said that if a Ladybug landed on you then you could make a wish and it would come true. Ladybugs can come in a variety of colors including yellow, orange and a beautiful bright red. Sometimes considered the farmers helper, the Ladybug feeds on plant eating insects. Ladybugs are not aggressive to humans and the next time you see one, I encourage you to make a wish. 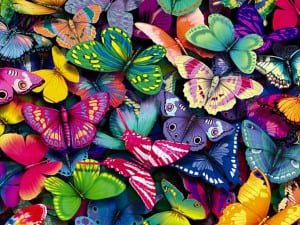 THE BUTTERFLY – Some of the prettiest insects you’ll see, Butterflies flit and flutter around displaying their brightly colored wings. Butterflies go through an amazing metamorphosis from caterpillar to Butterfly. You can watch this process by getting a Butterfly Garden. Because they can only fly if their body temperature is above 86 degrees, they can be found sunning themselves during cooler weather. Ever heard of Butterfly Kisses? They are sweet ‘kisses’ given by fluttering your eyelashes on a loved ones cheek. 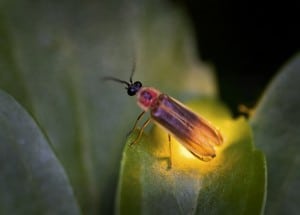 THE LIGHTNING BUG – Sometimes called Fireflies, these bugs definitely remind me of my childhood. Many warm summer evenings were spent with the neighborhood kids chasing these beautiful lights to put into jars or coffee cans. Lightning Bugs actually use their flash to talk to each other. They are nocturnal and prefer warm damp areas, hence the humid summer nights. I saw a lot of these in my yard this summer and it immediately brought back memories of being a kid. 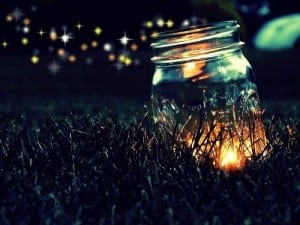 Fireflies in a jar 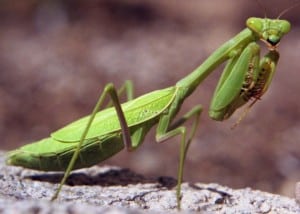 THE PRAYING MANTIS – The Praying Mantis is just all around cool. From the way it looks (alien like eyes) to the way it mates (the female sometimes killing the male) to the way it moves (can turn it’s head a full 180 degrees) it is a beautiful, complex insect. Some people will keep them as pets. They eat small bugs and worms and are not generally aggressive to humans. If handled carelessly they will bite – and it can hurt. But all in all, I think the Praying Mantis is beautiful and I love to watch them. Sometimes it seems like they are really looking you right in the eye!

I think we can agree that not all bugs need to be exterminated. If one of the bugs on this list was to get into your home, I understand that you would most likely want it out. But I think that in this situation it could be caught and let outside to carry on with its business.

Is there a bug that you think should have made this list but didn’t? Let me know. I would be happy to write about your suggestions. If you have a pest problem that requires an exterminator, let Rapid Pest Solutions take care of it for you.